The name “Maryland Heights” came from settlers in the early 1900’s who were reminded of their home state of Maryland and its rolling hills. The area was considered semi-rural until World War II when the community saw a population surge that transformed Maryland Heights into a highly developing town. Roadway construction in the 1950’s and 1960’s improved access to and from the area. More recently, the completion of the Page Avenue extension has given residents throughout the St. Louis area easy access to Maryland Heights. 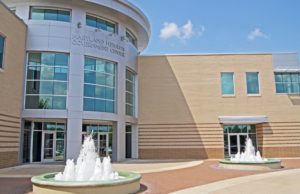 The city of Maryland Heights has continued to grow since its incorporation in 1985. Since then, the city has expanded to over 23 sq. miles and is home to over 27,000 residents and nearly 2,000 businesses. It offers numerous business, dining and entertainment experiences and continues to be a frequent destination for residents and visitors of all ages.

In August 2013 Maryland Heights was named the Digital Capitol of Missouri from Google. This award highlighted the city’s online presence and strength in the digital marketplace.